Friends from Brecon Meeting laid a white poppy wreath at the Peace Pole in the Brecon Peace Garden on Sunday 10th November 2019. 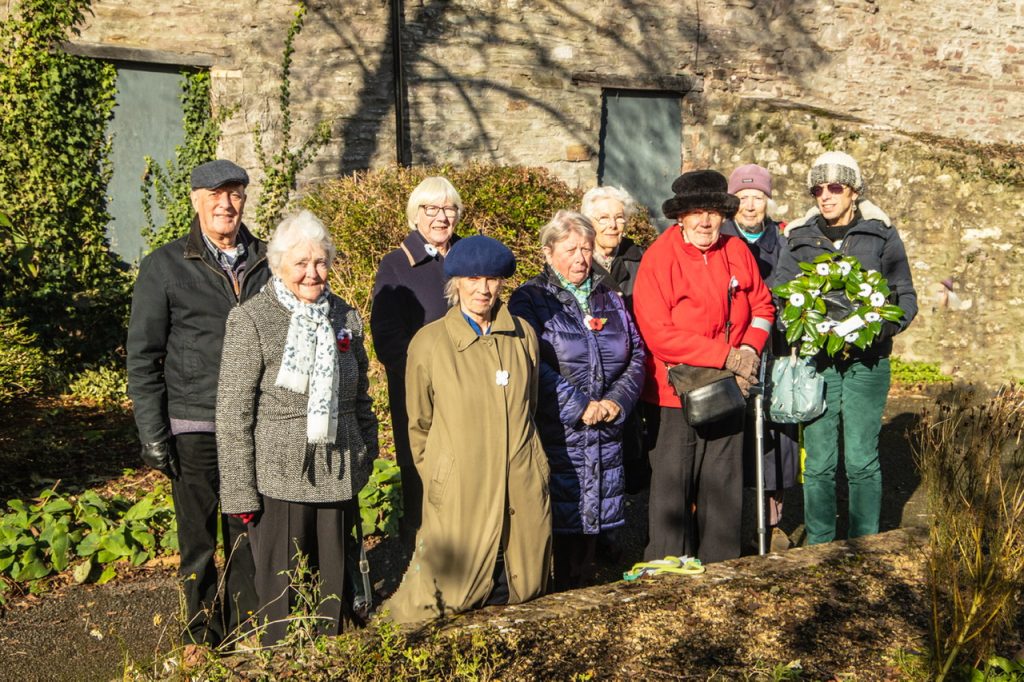 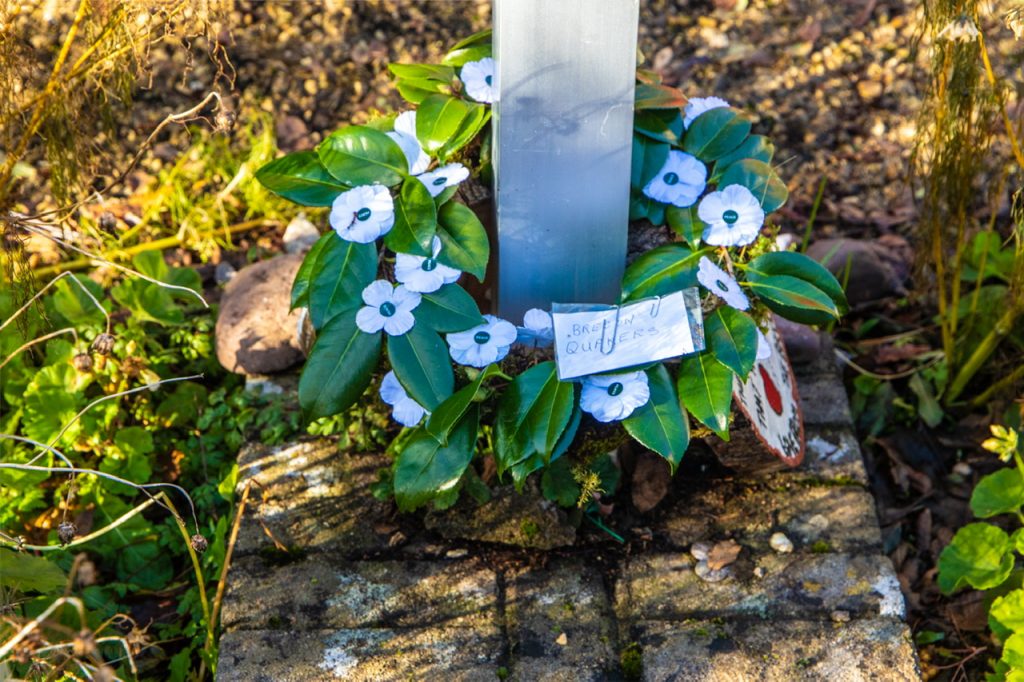 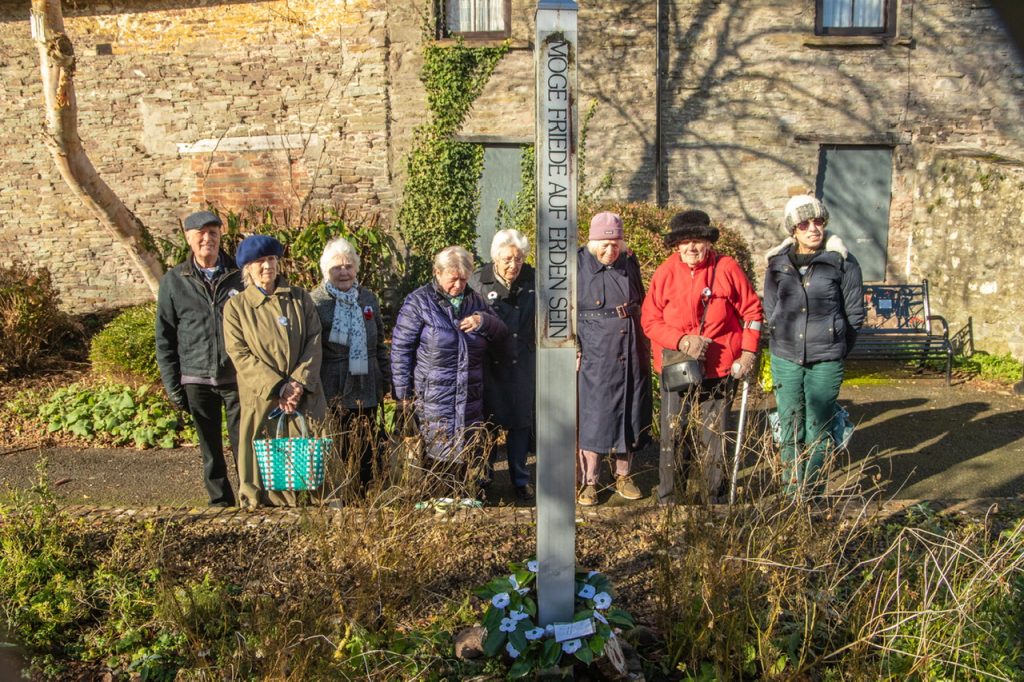 This is a new production mainly about the increasing military presence
in schools and other places frequented by young people. 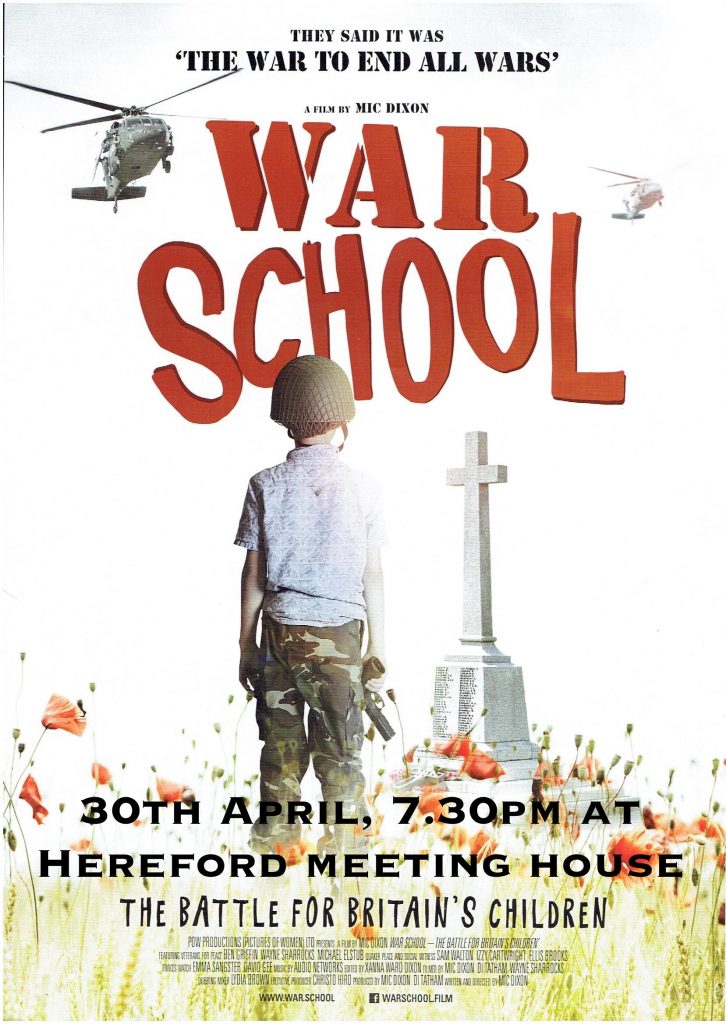 A collection of Photos from events in Ludlow Local Meeting in 2018/2019.

These photos are from the Area Meeting Pity of War project. Barbara Mark is on the group taking this project forward and has been into some schools to talk to the children and paint some pebbles, two of which from each class were chosen to go to the National Arboretum Memorial project. 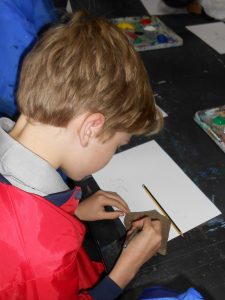 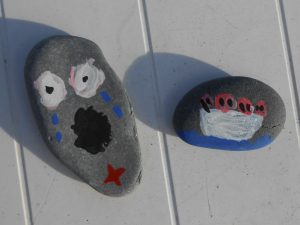 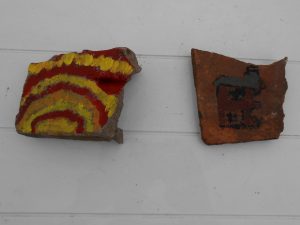 Ludlow were involved with the ‘Peace Train’ which was an ordinary rail service to London on 24th October, but members of Peace groups travelled from Hope to London collecting letters and petitions along the way. These are some photos from Ludlow station with a banner we made at Meeting. 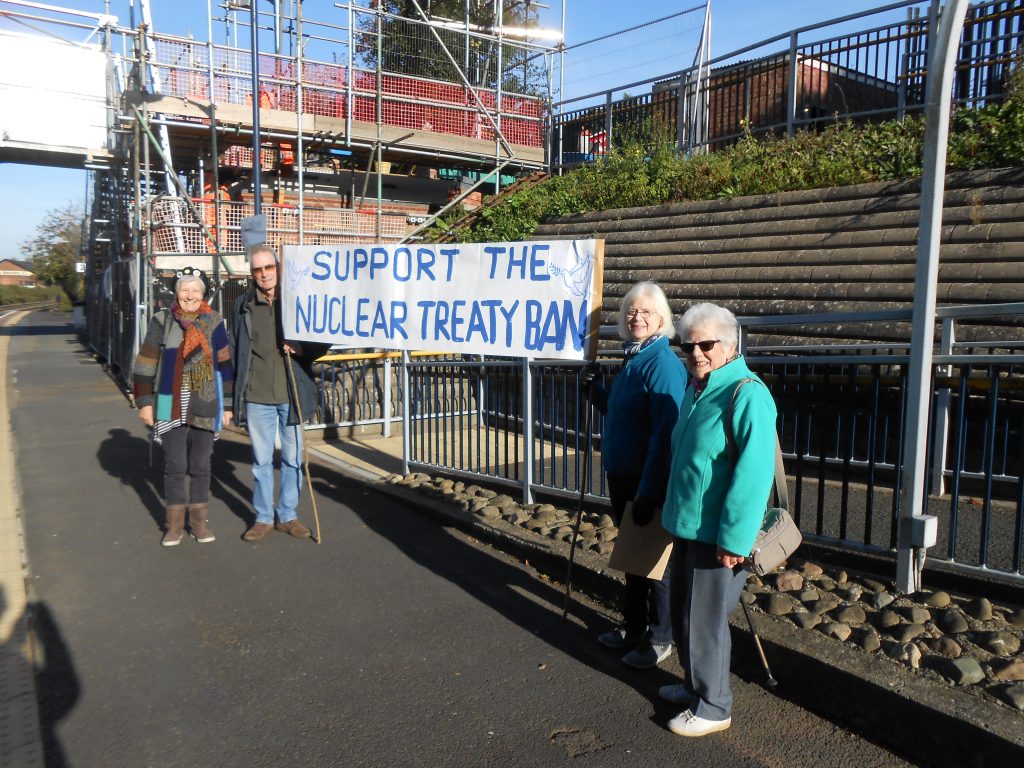 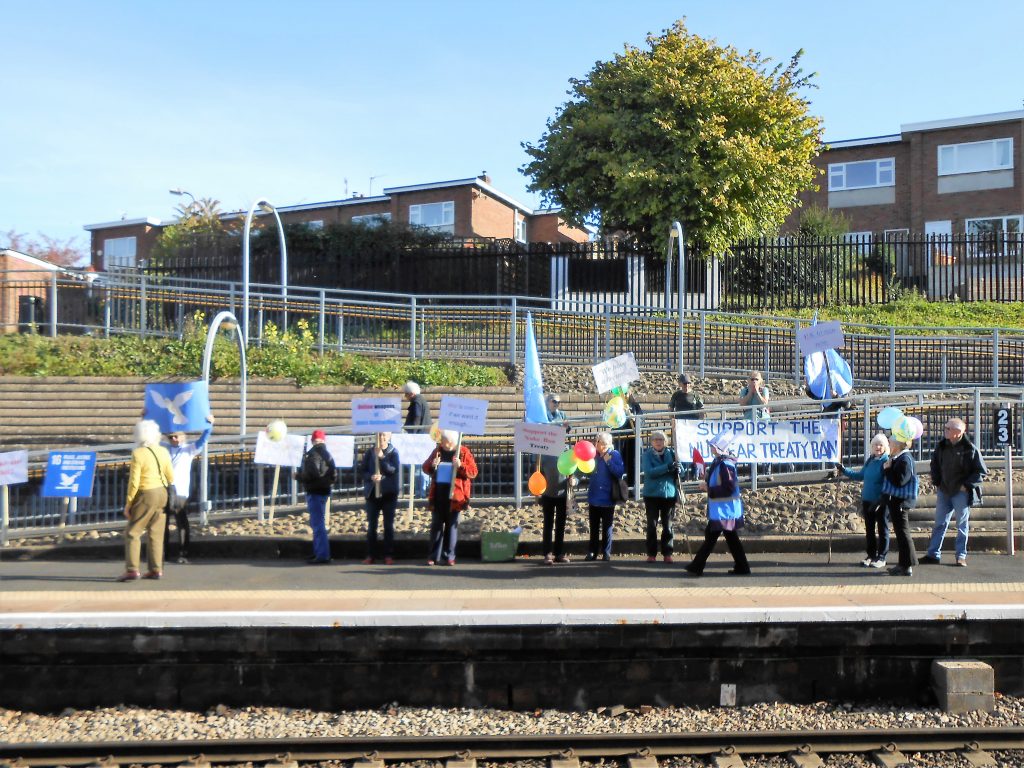 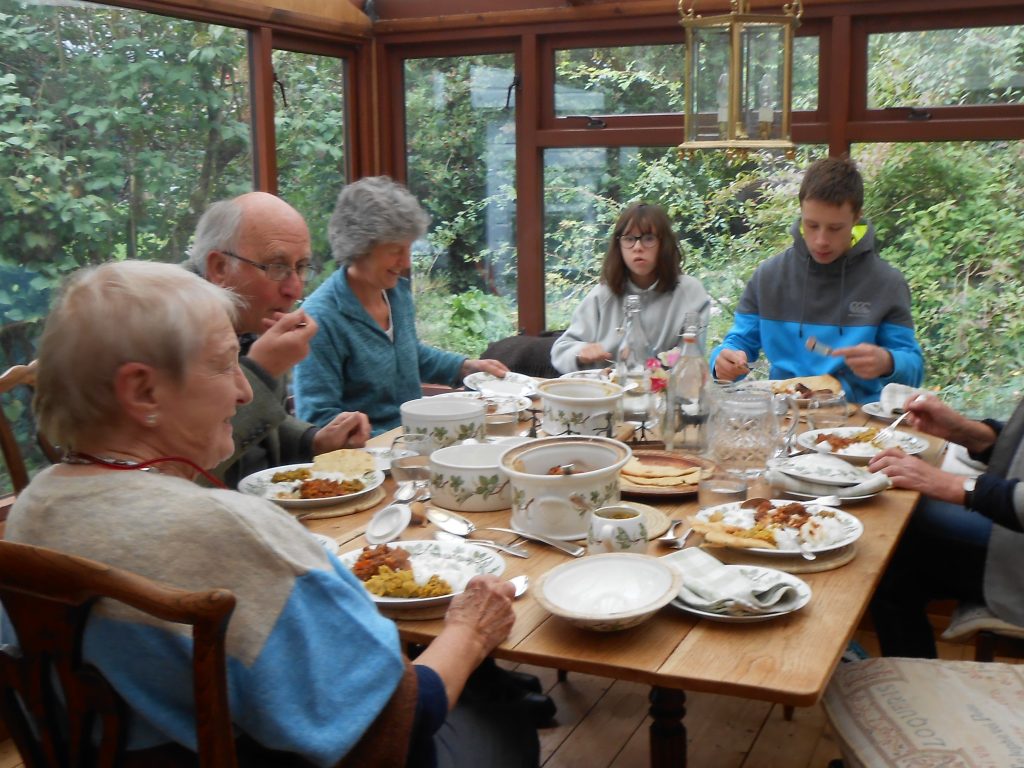 Our white poppy wreath which was laid on the morning of 11th November with the laying of the wreaths ceremony in Castle Square, Ludlow 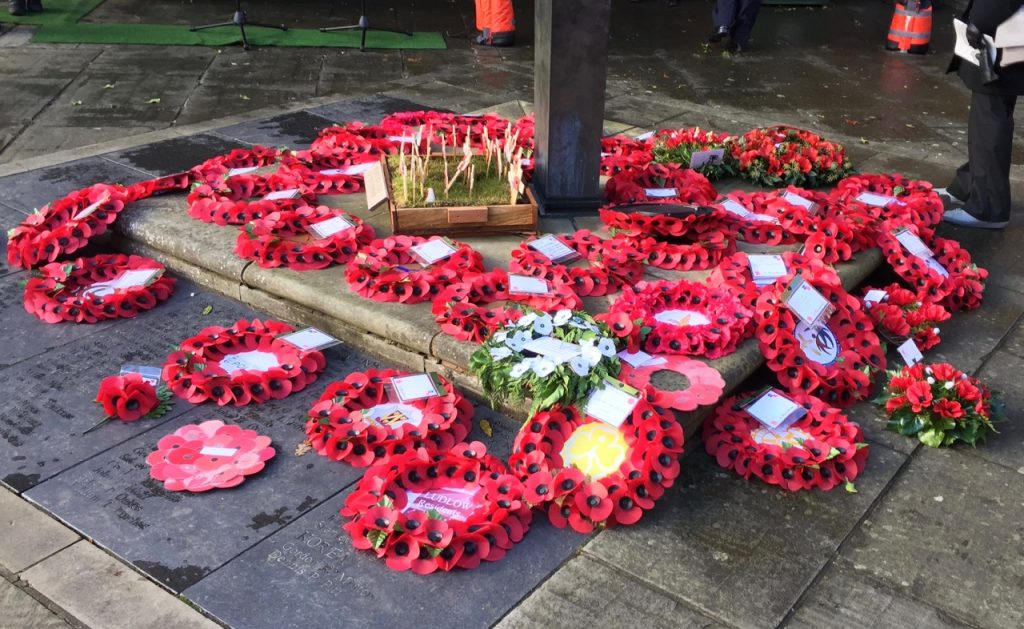 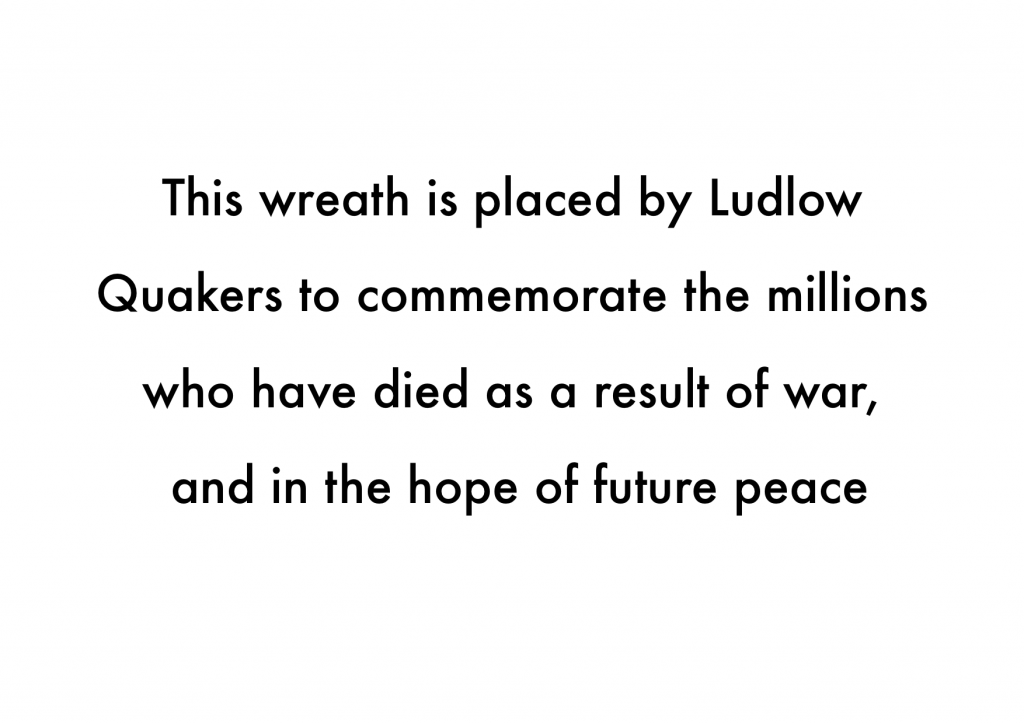 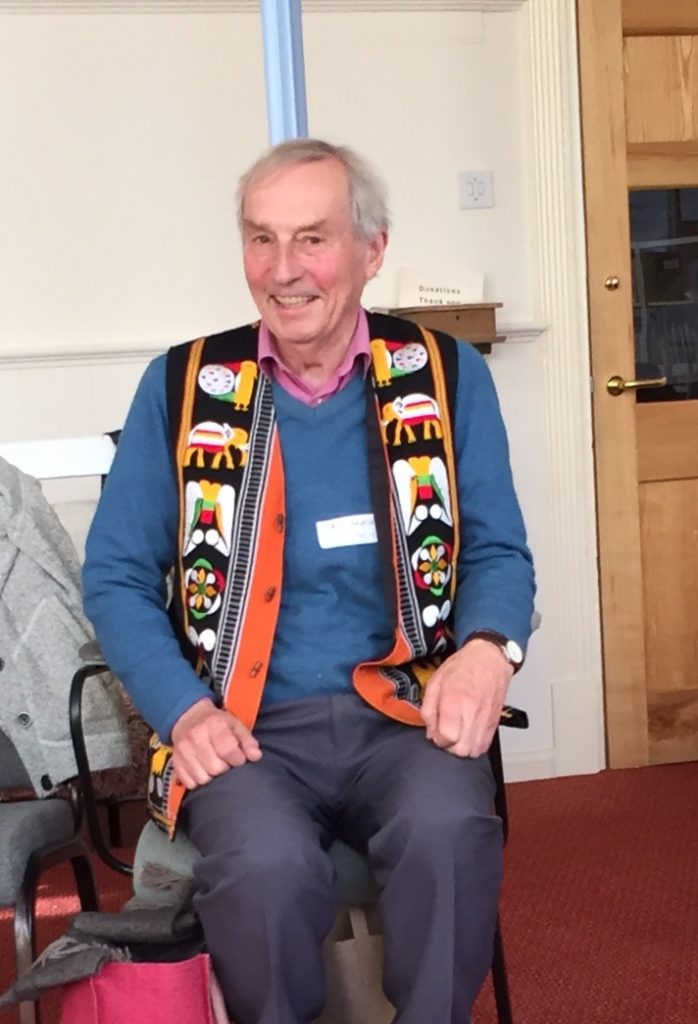 Almeley Wootton Meeting have produced a display of white poppies which is mounted outside the Meeting House. November 2018. 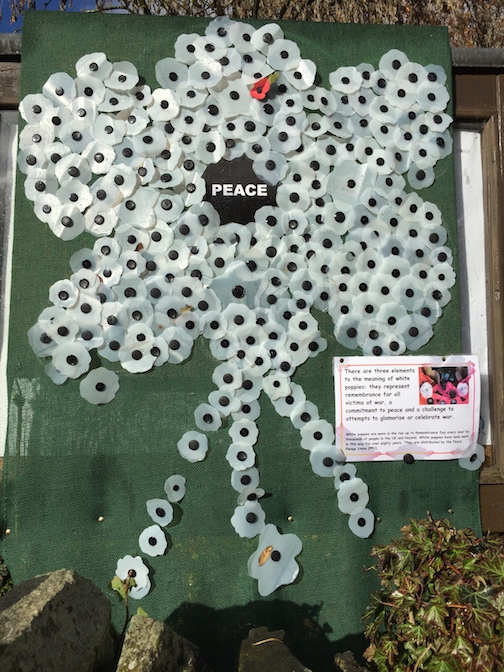 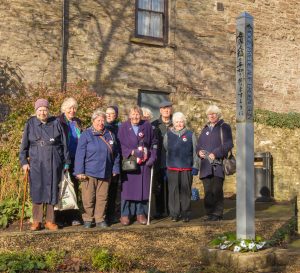 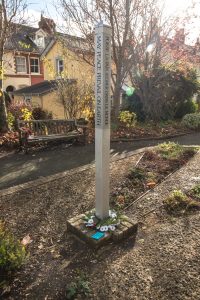 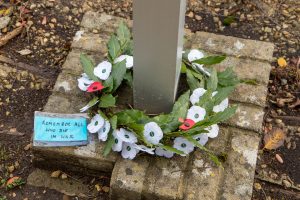